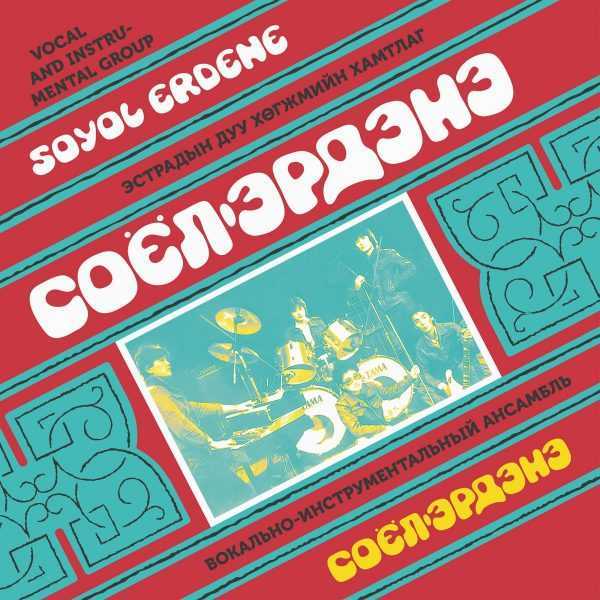 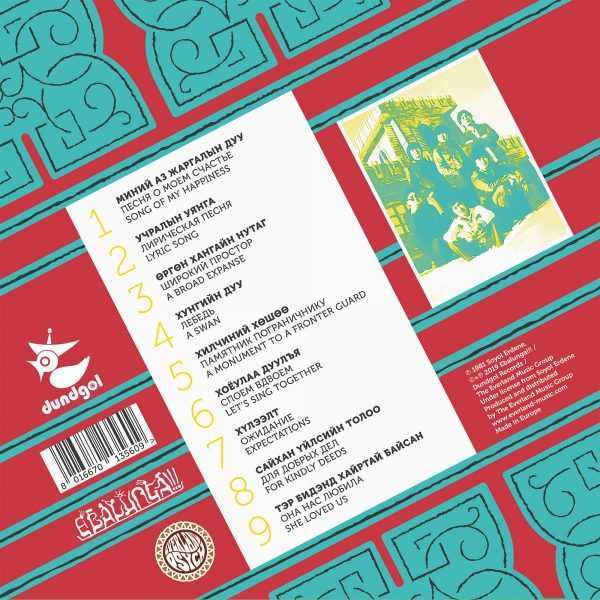 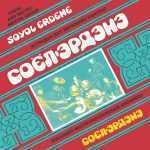 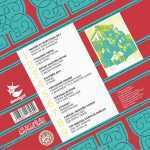 Now this might be exotic for ears used to Western pop and rock music but probably not for too long if these ears have a fondness for deep and haunting melodies. Formed in 1971 as the first ever Mongolian rock band at the behest of the ministry of culture, that wanted to establish Mongolia’s very own BEATLES, it took about ten years to get an album out, which is their sole record up to today and fetches prices up to 500 € and more for a copy in great condition. Here we finally have a reissue on the newly formed EVERLAND PSYCH label, a sub division of EVERLAND MUSIC. I must add, the first ever full reissue. And another gap for collectors of exotic yet accessible popular music will be closed. Musically we have to expect female and male fronted pop and rock with a late 60s feeling. All music is handmade by musicians who know their craft. From the thick and complex arrangements emerge quite a few melodies so sweet and soaked in joy, that you cannot sit back and listen. You gotta jump up and dance to these moving tunes. Some tracks also have a deeply melancholic atmosphere with this distinctive Asian feeling to the vocal harmonies. The production is earthy, the album really sounds like a 1960s recording which happened in a kind of live set up in the studio and this is probably what really happened back in 81, when these songs were laid down to the reels. This stuff has been at least a bit retro fashioned when it originally saw the light of day, but then there were many other bands from allover the world, that adopted musical forms of expression which had been popular in Western pop music already some time ago. Psyche and 60s garage aficionadoes will love the Farfisa organ sounds and occasional fuzzed out lead guitars. The synthies alone give it a more up to date expression, but all in all it does not feel like a 1980s record at all. While getting further and further into the album, even some tracks with male lead vocals appear, while most songs here have a lady chanting. Fans of Asian and oriental rock and pop of the 1970s will love this record for sure. From Korean garage rock to Persian beat to Anatolian folk rock there are at least spiritual similarities to be found here. With each song you drift further away from your position in Western hemispheres and before your inner eye vast veldt landscapes emerge and you begin to feel the free spirit of the Mongolian world. This album definitely has is own special kind of beauty and brings utter joy to music fans who also love Erkin Koray, 3 Hür El, Baris Manco, this typical Turkish 70s melodic rock, which is most similar to what SOYOL ERDENE create. Heart warming, well crafted rock music from a place far away.

The band on the original album cover is NOT Soyol Erdene, but Bayan Mongol, so we replaced the 2 photos on the cover against real bandphotos of Soyol Erdene. The band photos of the 2 bands were mixed up by the original Russian label Melodia back in the 70ies.