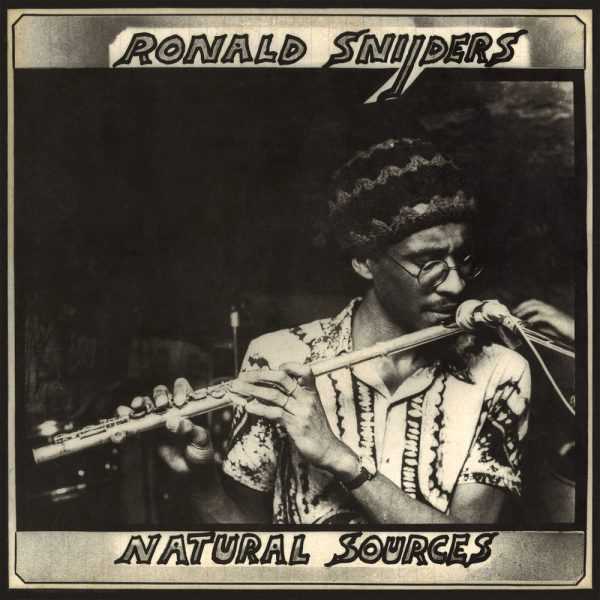 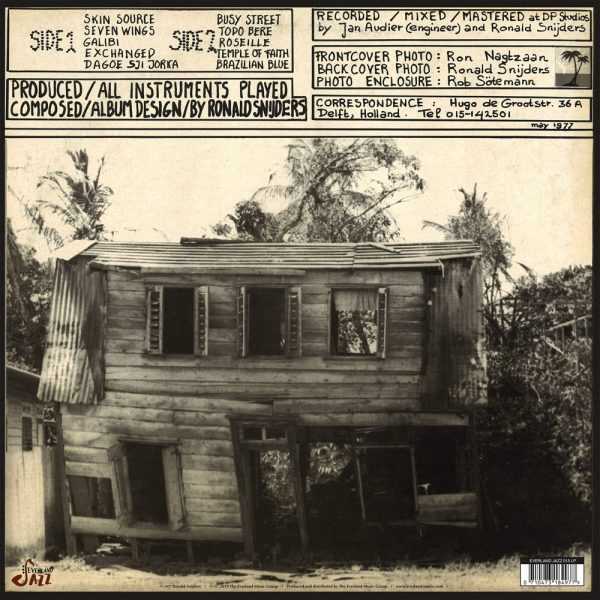 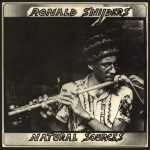 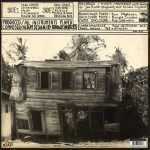 Some albums show you right away what kind of spirit backs them. Ronald Snijders solo debut from 1977, „Natural sources“, is one of these. It begins with a free improvised, sometimes scatting flute and while the flute goes more and more crazy some scat vocals join in to make this first track a kinda strange affair. Jazz, free and spirited, seems the way but Ronald Snijders, son of Surinamese composer Eddy Snijders, outwits us in all our tiny minded expectations with the next song already. An evergrooving base of polyrhythmical grooves from several percussion instruments builds the ground from which captivating flute patterns arise. The foundation is a repetitive latin beat influenced by Brazilian dance music but the free jazz flute eruptions on top make it a wicked listening experience, even though this is just the middle section of the song and the beginning and ending themes show a rather lighthearted jazz sound with latin grooves. So here we go. Ronald Snijders explores the depths of his musical heritage, the latin and the jazz and really pulls it off here. The next tune even drifts into a kind of exotica direction with a rather picturesque approach that drags images of indigenous dances in a jungle surrounding to the listener’s mind but then Snijders falls back on free jazz with reduced arrangement and his fondness for avant garde sounds wins over. This is certainly a challenge for music lovers due to the fact that next we face the return of the latin jazz with a slightly more modern fusion feel. All instruments on all the songs get played only by Ronald Snijders by the way. I think this is important to mention if you want to understand the whole width of his talent. Latin jazz the way Snijders composes and performs is far from silky elevator fusion. He plays with passion and his creations might have a lightweight appearance from time to time but all those little percussion themes, the guitar harmonies, the time changes and sounds echoing from far beyond the surface make this a real challenge for the listener. This record has an accessible side but demands full attention. A thrilling masterpiece where latin jazz, free jazz and fusion flow into another for some great new music. Even elements of 1950s electronic music find their way onto this record and although just as an interlude. For those who dare this is the sacred progressive jazz fusion grail.