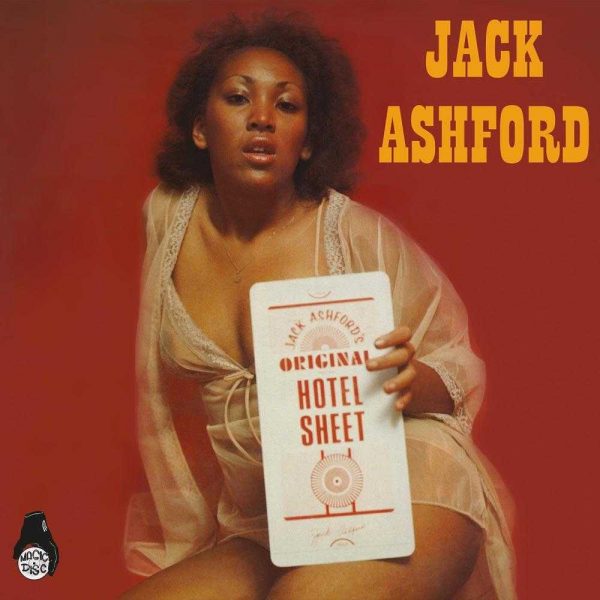 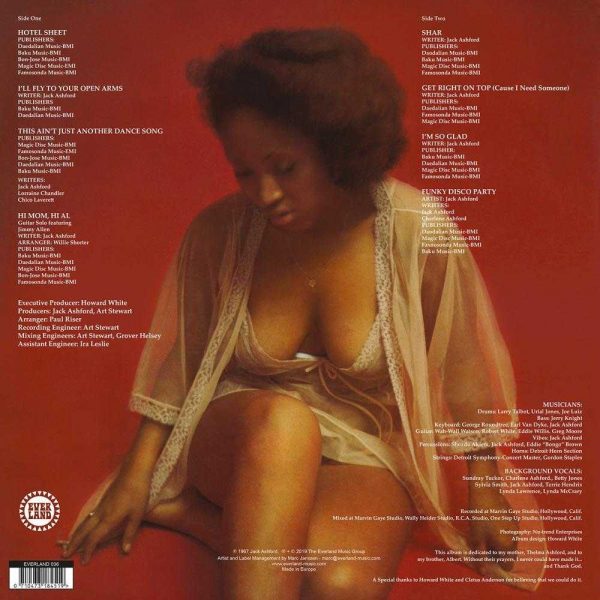 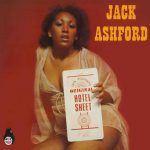 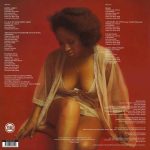 * A hot blooded late 70s release merging classic soul with street funk and pop elements
* Made to get fans of Marvin Gaye, Isaac Hayes, James Brown, The Temptations or The Four Tops into a dancing mood
* Bandleader Jack Ashford once was a member of Marvin Gaye’s touring band as well as Motown’s in-house band The Funk Brothers
* Might work as a soundtrack to an imaginary 1970s action movie
* Excellent sound and performance by high class professional musicians
* First official rerelease on vinyl
* Fully licensed
* Remastered audio
* LP housed in a superheavy 430g art carton cover
* CD housed in a beautiful digipak
* Ultimate collectors item for fans of classic funk and soul music

SHORT: A crown jewel of the US American soul music of the 1960s. The earthy production and vivid feeling makes this album way more tangible for fans of the genre than most polished and slick major productions. A true gem for all collectors of underground soul from the USA.

DETAILS: Oh, sweet soul music, you make my life so wonderful. Well, especially when I have the pleasure to rediscover long lost treasures from the late 60s soul music scene that were not the obvious albums by the obvious bands or artists like Four Tops and Marvin Gaye but appeared and fell under the radar despite the great quality of the songs. Now here we have Freddy Butler, a man with a smooth and soft, yet powerful voice that you will be able to recognize from a dozen or more soul singers oft he same era. A kind expression lies on his face when you look at him smiling from the cover of his sole album “With a dab of soul” released in 1967. Original mono copies of this gem already fetch 150 US$ or even more when they turn up in a more or less good shape. So it was time for a vinyl reissue and this comes from Dutch label Everland Records. And they dug out a vinyl treasure par excellance here. “With a dab of soul” is a jewel of Northern Soul or Street Soul far from the mainstream productions of the 1960s big labels that held most positions in the charts. It has this earthy feeling, a simmering atmosphere that highlights its authenticity. This man is for real and his music comes as honest as music can. For sure he offers sweet ballads, steaming dancers and thoughtful tunes with a certain pop appeal just as many of the mainstream acts also did but the vivid production that only focuses on the main instruments such as drums, bass, guitar, piano, blues harp and a sparingly used brass section with Mr. Butler’s vocals upfront makes this feel like something real. Freddy Butler has this lush voice that pushes the songs with great emotions into the heart and soul of the listener. This power and his charisma make him an outstanding star at the sky of soul music but this album makes one thing crystal clear. Talent alone will not bring you fame and fortune. Being on par musically with all the big names will not get you to the top positions of the charts. We can only thank Everland Records for dragging this album by the long gone Freddy Butler back to the light. Soulfanatics who love a good mix of moods will certainly enjoy these tunes. Freddy Butler puts an emphasize on the song, the melody and the longevity of his works rather than just going for a hot blooded groove that stays with the listener as long as the song lasts. He wanted to create anthems for a generation to come and voil’, here we go. As good as everything the FOUR TOPS have ever put on vinyl, as good as BABY HUEY might have been if he just stayed with us for longer than just 26 years. These are songs so timeless that they will always sound fresh and vivid when you give this record a spin. And be sure, this album won’t let you go with just the occasional round. You feel like one turn per side is not enough when you are in the mood for good soul music. There were even two 45s released from this album, “There was a time / This thing” and a promo 7″ “That’s when I needed you / Give me lots of lovin'”. Just to mention that. Band and singer of course are top notch, musicians who really deserve the title. They play with passion and fire while staying precise at any moment. On top of the instrumental substructure you will find vocals with a great range and good variety of intensity levels. Freddy Butler was a crooner who could sing like a gentleman and be a savage the next moment. He always had the situation under control and knew to bring in the right emotion at the right time. They don’t make them like this anymore. He should be listed with the greatest of his genre whenever people talk about soul music. And now go and buy your copy of this jewel.