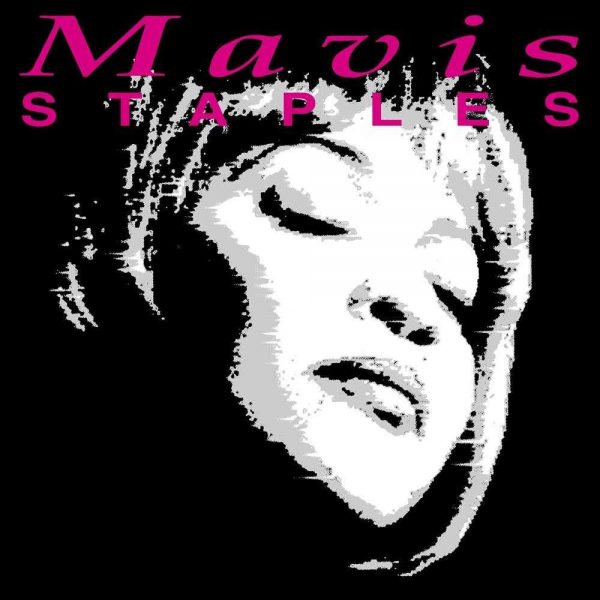 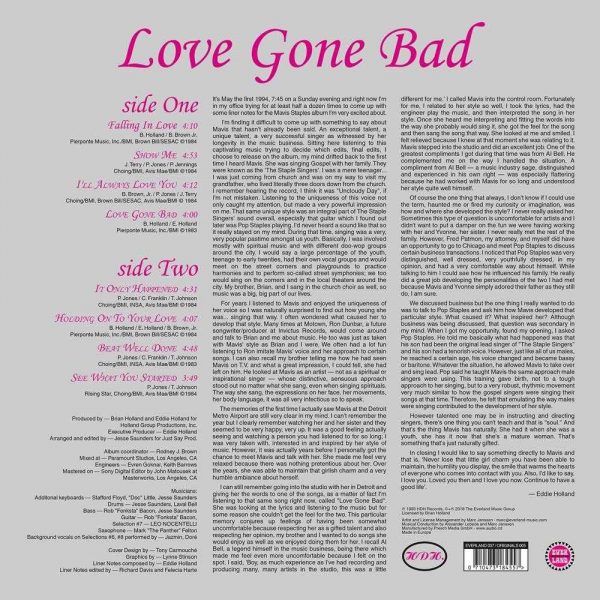 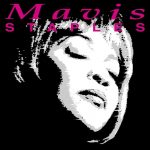 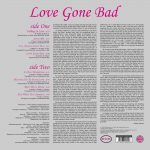 SHORT: Recorded already in 1983/84, these soulful songs still show a relation to 1970s soul pop with lush arrangements that work with real instruments and have a vibrant atmosphere. An all in all memorable songwriting and the incredible vocals of Mavis Staples from The Staple Singers make the album stand the test of time, even 35 years after the initial recording sessions and 25 years past its first CD/MC release. Licensed by legendary BRIAN HOLLAND and for the first time on vinyl now by EVERLAND!

DETAILS: Mavis Staples has come to fame and fortune as member of the family vocal group THE STAPLES SINGERS from the late 50s onward to the mid 80s and she has released a fair amount of solo albums as well, many of them in recent years. “Love gone bad” is a solo effort from 1993, originally titled “Mavis Staples” and only released on CD and cassette back in the days. So EVERLAND have now done the right thing and put out the first ever vinyl of this gem. And a real gem can be found here. Soul music in a down tempo with a slick production and lush arrangements that still have this vivid expression making it real music by real musicians. The songs contained on this album all date back to the early 80s, from a session not released until 1993. The melodies and the way the compositions flow go back to a mid to late 70s soul pop style that incorporates elements of funk and dance music but in a moderate pace. You can easily float upon the dancefloor and drift away in silky dreams. Some tunes have a synthesized beat with a typical 80s sound, but these are compositions that stand the test of time and 25 years after their initial release and 35 years after these recording sessions they shine on as diamonds of black soul pop and R’n’B music (not to be confused with Rhythm & Blues). Mavis sings like a grand lady of soul with a timeless quality that makes her stand out from the crowd of similar crooners. Even in the most gentle moments here the tunes have an irresistible groove that moves the listener. But you can also sit and listen and explore piece by piece digging deeper into the arrangements to unearth great bass and guitar lines. You will sing these vocal melodies over and over again in the days to come until you throw this onto your turntable once again. I wonder why this did not see a regular release back in the 80s as it would have led Mavis Staples to the top positions of the charts, Pop, Black Music and Billboard. She was meant to make an impact and although she was already in her mid 40s when she recorded this collection of soul nuggets, she brought a lightfooted youthful spirit in, which gives so much life to her songs. A must have for all aficionados of female fronted soul pop.