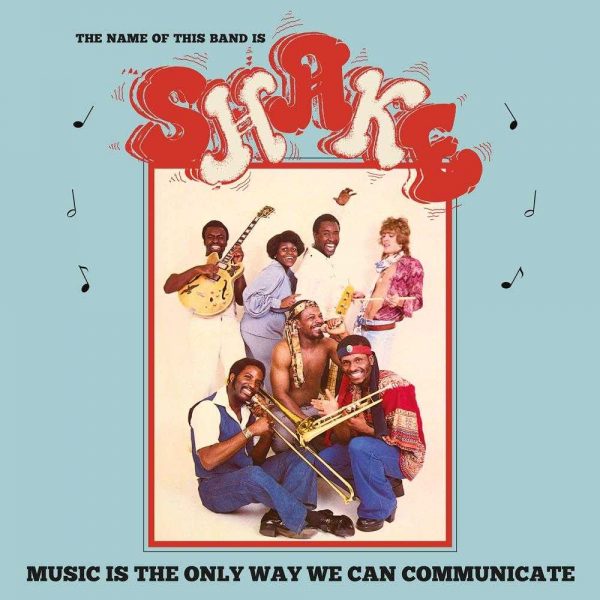 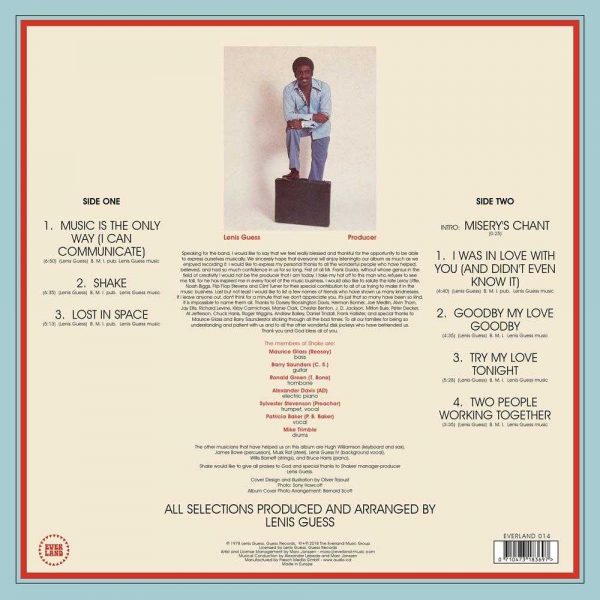 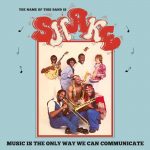 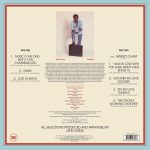 Shake – Music Is The Only Way We Can Communicate

SHORT: Quirky, yet catchy music, that is soul with a pop approach in the first place and with a deeper listen unveils a secret love for funk, ska and even gospel. Songs that were meant to last forever and become major hits, which would even be enjoyed by a wide audience 40 years ahead of their release. Now we have our second chance to lay our hands on this gem. For all 1970s black music lovers a sheer bliss.

DETAILS: Not much is known about this late 70s soul / funk outfit that hit the disco and club scene with its only release in 1978 and sank without a trace shortly after. Nowadays such a nugget fetches prices of 400 UK pounds in good conditions which is certainly around 500 US$ or even more. We can be grateful that Everland Music helps us out with a great reissue again, so we can experience the greatness of this album ourselves and probably a whole new generation of soul and funk aficionados will be able to lay its hands on this gem. Expect some more than just flat pop disco music here. Expect anthems that still sound fresh 40 years after their initial release. Music that stretches out beyond the borders of radio songs, but shows depth and has at least a mind moving, if not even mind blowing effect on the listener. SHAKE, with the ingenious Lenis Guess as brain behind this project, love to play around the captivating grooves that put the listener into a trance like state and then they let the melodies do the rest. As soon as all these catchy note progressions set in, you will find they all emit an atmosphere of utter well”being that lasts not only throughout the spin of this cute vinyl on your turntable, but hours after the needle has been lifted from the groove. And then you whistle along to the songs in your head for they are that catchy and memorable. Complex in times due to layer after layer of instrumental lines and little ornaments like a saxophone solo here and some alluring keyboard pattern there, that have been shifted upon each other to build the arrangement that in the end feels airy and uncomplicated. One thing is certain, these cats know to play. The album has a silky feel quite popular with the late 70s disco music and marks a progression from the late 60s and early 70s sweaty and simmering funk courtesy of FUNKADELIC, SLY & THE FAMILY STONE or the awesome Betty Davis, ol’ Miles’ beautiful wife. But then SHAKE still have this special intensity that comes with the best black music around. They just traded the dirty backstreet bar approach for the exclusive night club mood. The album starts with the rather unusual title track that shows a ska influence while all in all being a soulful art pop tune. The lyrics have this hippie approach and tell you how music is a universal language that reaches beyond all language barriers and this is certainly a fact I can relate to, due to my own experiences with music in tongues strange to my ears, but melodies that beguiled me and connected me with the players straight away. It is the same with SHAKE, they create a speaking music that tells you tales of a life in bliss. Awesome trumpet solo by the way and marvelous space synthesizers here. The sweet “I was in love with you (and didn’t even know it)” on the other hand presents itself as a “gospel meets country rock” anthem of the highest order. I could imagine THE BAND or Neil Young playing it with a more earthy arrangement, but SHAKE do it just right with overwhelming horn arrangements, some synthesizers in the background and the female lead vocals that touch you deep within your heart. There are even quite a few nifty steel guitars woven into the carpet of sound. This is sheer brilliance, no matter which genre you are fan of. A song forged for eternity that should have been a massive hit. There have been less impressive songs that became evergreens on the dancefloor and still get played everywhere in abundance. A steaming fast paced pop tune like “Goodbye my love, goodbye” will leave nobody untouched, who has ears to receive the sound and a soul to enjoy it. This album is an instant classic for black music fans and second to lovers of disco sounds of 1978 with an approach on their own. This record delivers what the clubs then asked for but it gives you even more than that. Vibrant music to dream yourself away to, even at home. Quirkily arranged, well played and produced music that puts the composition into the first place. Grab your copy, you will love it.