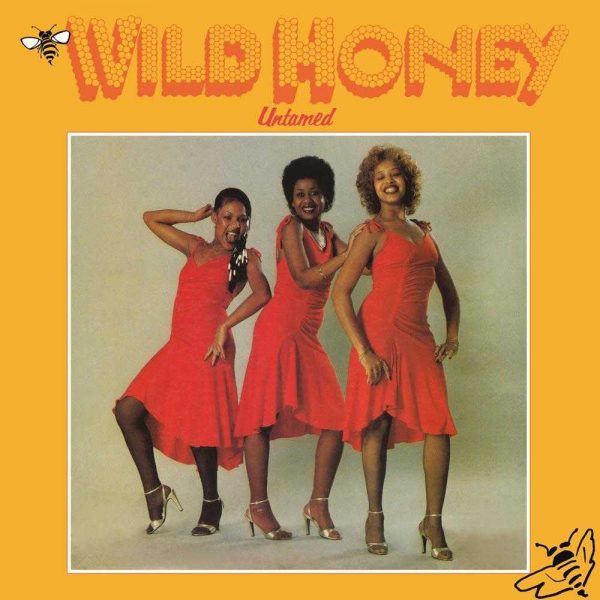 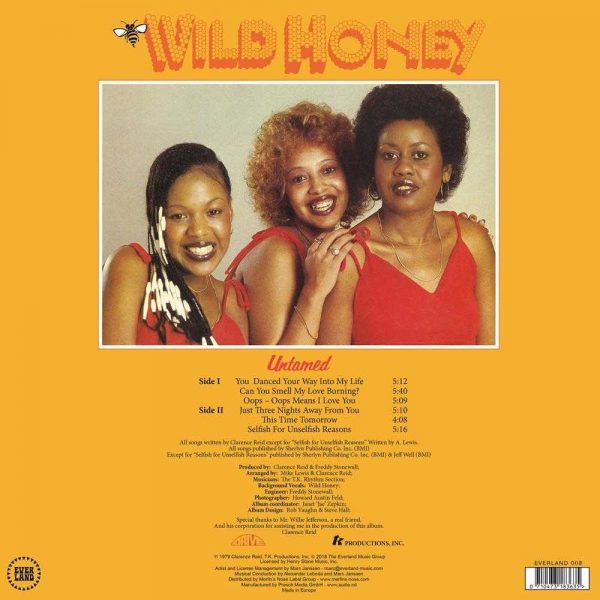 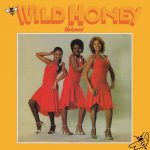 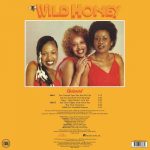 SHORT: Excellent production and musicianship can be witnessed on this 1979 release, while the songs all are on par with the best Donna Summer moments. Music to dance to and to enjoy and explore in depth!

DETAILS: Where were we in 79 when the dam began to burst’ Well, some of us were hanging out in the clubs to dance to smooth and sweet disco music with utterly cheerful melodies, slick and lush arrangements of brass and string sections over an ever pulsating rhythm section borrowing elements of funk and soul to create something new, fresh and exciting. And some of the disco acts that popped up like daisies on a lawn even hit the big time. Most of the acts on the other hand sank without a trace and only the real music lovers among those who danced through the nights remembered great bands and albums such as WILD HONEY. No wonder that their sole effort from 1979 is a rare diamond today and goes for more than 200 USD among collectors of great black music if it ever turns up for sale. The very go ” getting EVERLAND label from the Netherlands have filled the gap and did a reissue of the highest order. It is time to make this beauty available again since there is still a huge crowd out there craving for enthralling black music. WILD HONEY consisted of talented musicians backing up the three singing queens. The playing is powerful and precise. Despite the slick and perfect production the music shows feeling and is vivid. You hear every single beat from the percussionists due to the crystal clear sound. And still this music is intense and emotional. Six songs in the five minute range give you a great listening experience with the ballads even showing the peak of all talent gathered here. The arrangements are amazing. Every note, every sigh of the backing vocals, every clap from the percussion department sits perfectly in its place. The harmony vocals nearly reach the level of QUEEN and WILD HONEY are far from being a rock band at all. This is captivating, fascinating and enchanting while being as acccessible as it is necessary for disco and club music made to make the audience dance and party. But higher art and pop appeal go fairly well with each other in some cases. For example in the dancefloor sweeper “This time tomorrow” with hot blooded lead vocals and nearly ethereal backing choirs repeating the title over and over again while the instrumental arrangements in the back capture your soul. If you could ever call a disco song haunting, then it should be this one. This gets really close to Donna Summer with her major anthem “I feel love”. The closer of the album, “Selfish for unselfish reasons” is a slow dance, a slow pop tune with really atmospheric melodies and some very angelic lead vocals. The silky aspect of the overall sound should make the album appeal to a wide range of black music and disco music fans that go beyond the surface with their taste and really care for good songs that stick to your mind. There is nothing complicated with each of the six tunes here but definitely a complex pattern of several instrumental layers can be found if one listens closer and loves to explore a song rather than just dance to it. You can for sure also just ride on the wave of good vibrations this album. For fans of disco music and disco oriented soul this is truly a gem on par with the best Donna Summer moments.