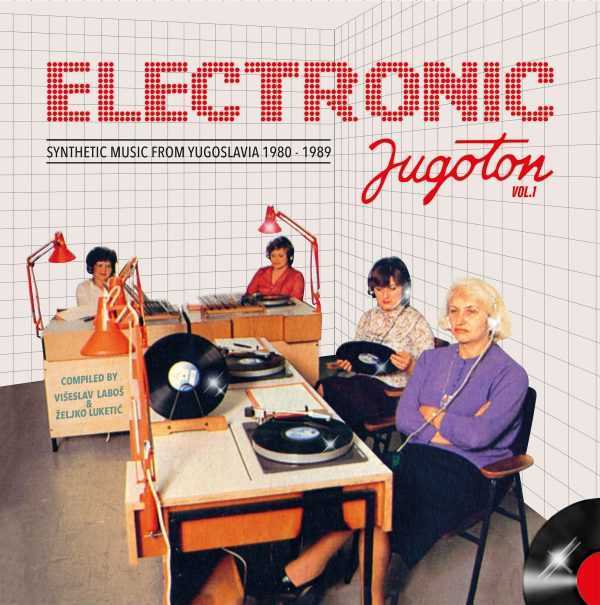 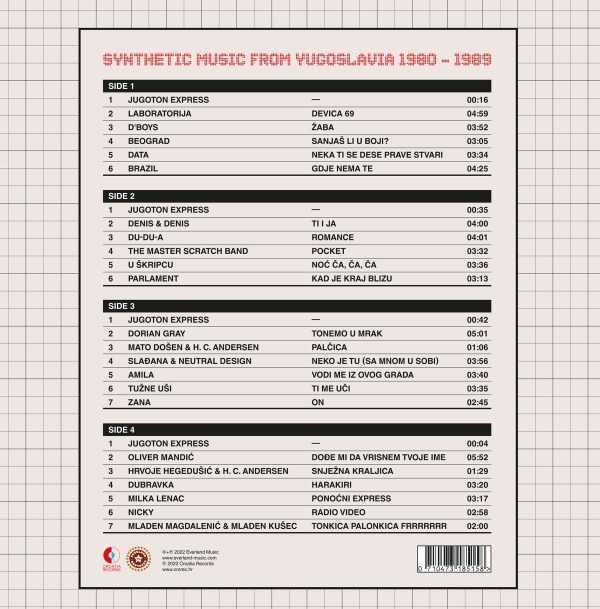 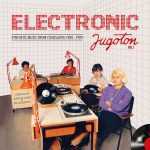 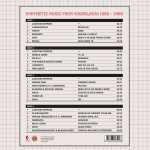 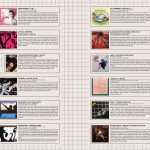 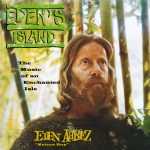 * A unique compilation of Electronic, Minimal, Synth, Wave and Avantgarde music from ex-Yugoslavia
* Two double LPs with over 150 minutes and 47 songs from 1964-1989 – This here is PART 1 now, the second part will be released in 2023
* Earlier released on CD in 2014 by Croatia Records, ex Jugoton
* Restored from the original master tapes by the veteran archive diggers Višeslav Laboš and Zeljko Luketić

The galloping technical progress in the second half of the last century dominated all spheres of daily life, art and culture. In the music industry machines took over the role of classical instruments and did not stop at RnR, punk nor industrial music. No one could resist the challenge, but also the prevailing trends in the 80s. The music industry was influenced by the electronic virus globally, not sparing even the remotest corners of the planet, producing bands like Depeche Mode, New Order, Soft Cell or lesser known ones like Liquid Liquid, Section 25, The Wake as well as the pioneers of the electronic music Silver Apples, Pierre Henry,etc .
What was going on in the music industry of former Yugoslavia and at Jugoton, the biggest YU music label at that time? The all over answer is given by a new release of Everland Music: Electronic Jugoton – Synthetic music from Yugoslavia 1964. – 1989. Vol. 1

Electronic Jugoton is the first part of two double albums, where the second part will even go back to pre-electronic music from 1964. Both double albums were initially released by Croatia Records (ex-Jugoton) in 2014 on a 2CD set with no less than two and a half hours of material (47 songs, 35 performers), showing the contemporary trend of Jugoton at that time towards avant-garde and provocative directions in electronic music. This untimely compilation is released for the first time on vinyl now on two double LPs, housed in gatefold sleeves by Everland Music, where part 2 will be released in 2023.
The brave and insightful creators of the compilation Electronic Jugoton, veteran crate diggers Višeslav Laboš and Zeljko Luketić, have excelled at reconstructing the musical past of electronic music in Yugoslavia from 1964 – 1989. Jugoton’s extensive research included the most exciting and progressive moments of pop and disco music, early rap, electronic responses of new wave, RnR, post punk and industrial bands to the current trend of the 80s, but also pioneers of avant-garde electronic music.

Electronic Jugoton part 1 is officially opened by the band Laboratorija with the song Devica 69, which opens a window to a completely new and experimental world in former Yugoslavia.Laboš and Luketić have boldly chosen the material without reservations, suggesting that for the first time in one place we have a section of forgotten, unique underground bands like Beograd, Data, Brazil, The Master Scratch band, DU DU A and beyond.
Besides the excellent underground bands, we find popular performers of the time performing less well-known songs: Denis & Denis, Oliver Mandić, Slađana & Neutral Design.

Electronic Jugoton part 2 is partly dedicated to unique electronic music in the performance of important Yugoslav punk, new wave, RnR and industrial bands: Zana, Pekinška patka, Električni orgazam and Borghesia, while the second part of the material is focused on avant-garde early electronic music in Yugoslavia, where the works of composers Igor Savin, Branimir Sakac, Igor Kuljerić and Miroslav Miletić were presented. Luketić and Laboš rescued the obscure electronic tune Elektra by Zdenka Kovačiček, who was at that time Jugoslovska Soul and funk diva.

The uniqueness and quality of this compilation are also audio stories for children, which were extremely fertile ground for an experimentation with electronic sounds, as they should be highly imaginative to attract the attention of the childrens. Electronic Jugoton is also the first compilation in which the listener will find fragments of interviews with actors from the time gave for Jugoton Express. This was a series of promo vinyls printed in extremely small quantities in the 80’s and intended to be exclusively for radio stations. An average of 30 minutes of promotion material and interviews with musicians were available for the first time through this compilation.

The value of this compilation is time and priceless. The only question is whether you will be fast enough to catch your copy of the limited double vinyl editions!