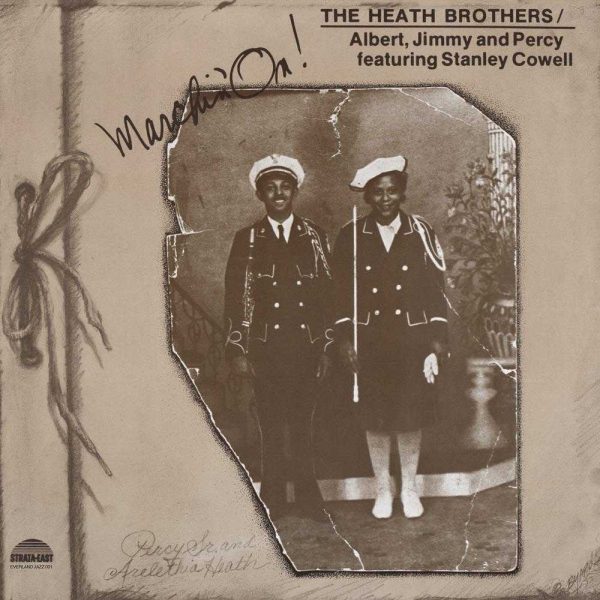 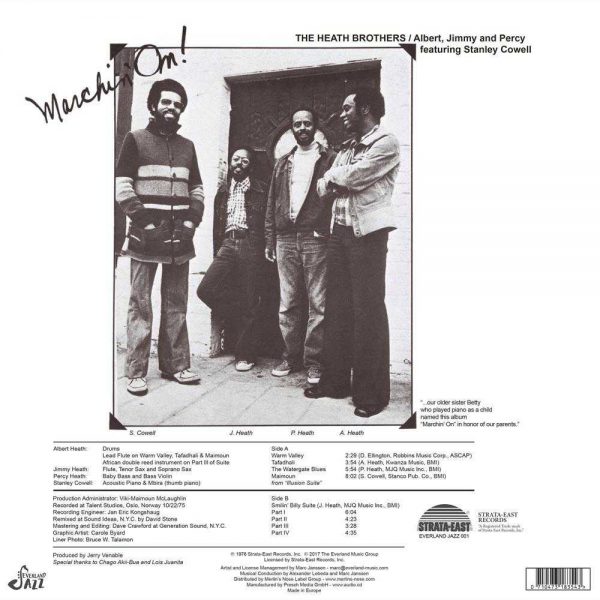 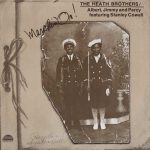 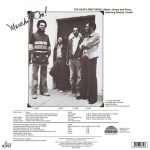 The Heath Brothers – Marching On

This obscure and difficult to find LP is the Heath Brothers’ debut album and is considered to be their best. ‘Marchin’on’ is unquestionably a masterpiece and is a much sought-after album. With its wealth of riffs, it is much appreciated by samplers and has been sampled by various contemporary artists. It was originally released in 1976 on Strata-East, a label at the time co-owned by Stanley Cowell. The album flows fluidly, meticulously in a warm rich blend with the four part ‘smilin’ Billy suite being a tour de force on its own. All suites have the same anchor in melody but each branches out to its own distinctive song varying from relaxed to light to dramatic and upbeat. The Heath Brothers was formed in 1975 by brothers Jimmy, Percy, Albert Heath and the much celebrated pianist Stanley Cowell in Philadelphia. The band later on continued with the brothers and alternate new members, with at one point the very talented ‘Mtume’ who is Jimmy Heath’s son, joining. – Rachel Kinoti, www.everland-music.com > Licensed by Strata East Records, Inc. <