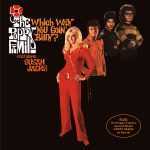 SPECIAL OFFER! First two albums on 1 CD! Some of us may still be familiar with Canadian Pop singer Terry Jacks who released an utterly successful yet greasy ballad called “Seasons in the sun” way back in 1974. It became an instant hit and it definitely possesses a depth and quality most pop tune writers and producers would go crazy for. But that was just a later milestone of Terry’s career as pop musician. Years before in the mid to late 60s he found his soulmate in his later wife Susan and following a series of live performances formed a beautiful band named THE POPPY FAMILY with her and a few like minded souls. What we talk about here is definitely the contemporary pop music of 1969 with a few turns into psychedelic fields. There are lush arrangements with accessible rhythms, string and brass sections to boost up the heart warming, gentle and joyful vocal melody of Mrs. Jacks on the opening track “That’s where I went wrong” and still you can feel the same sense of melancholy Terry Jacks spiced up his later evergreen hit tune with. “Free from the city” is clothed in a garment of Indian inspired sitar harmonies and drones, has a rather enchanting lead melody and a groovy, polyrhythmic fundament. One helluva acid pop tune that should have been a dancefloor smasher back in the day at each psychedelic club. A gentle Latin beat, sweet instrumental arrangements and Susan Jacks’ haunting vocals make up “Beyond the clouds”, a mellow dance where couples can get close to each other drowning within each other’s souls. Despite that it the overall mood is still a bit melancholic and desperate. Well, Terry Jacks takes over the lead vocals and the next song “A good thing lost” comes as a short and sweet country rock tune a band like THE BYRDS would have been proud of. Elements of French chanson, a waltzing rhythm, another deep and contemplative vocal melody sung with a burning passion and once more these lush and fluffy arrangements build the fifth track “You took my moonlight away”. Up to this point we have experienced several styles popular at the time the album has been recorded and we will certainly switch in between all these for the next couple of songs until we get to No. 12, “Of cities and escapes”. Two outstanding tracks for the meantime are “There’s no blood in bone”, track 6, a hot blooded, moody psychedelic pop song with fuzz guitar and mellotron lines supporting Susan telling another rather tragic tale and the mind-blowing “Happy island” with its tabla rhythms and sitar lines which remind you of classical Indian ragas. Still “Happy island” remains a Western society pop tune with a little psychedelic edge and comes as uplifting as the name suggests. This album has this timeless vibe of beauty many of the late 1960s records have. It is accessible enough for fans of pop and even country rock who would rather go for Doug Sahm and his SIR DOUGLAS QUINTETT than for JEFFERSON AIRPLANE, THE BOW STREET RUNNERS or THE SHOCKING BLUE but even their followers might find enlightenment in this album, which is rich on beautiful songs. A great discovery for 60s music lovers. Grab your copy while you can.