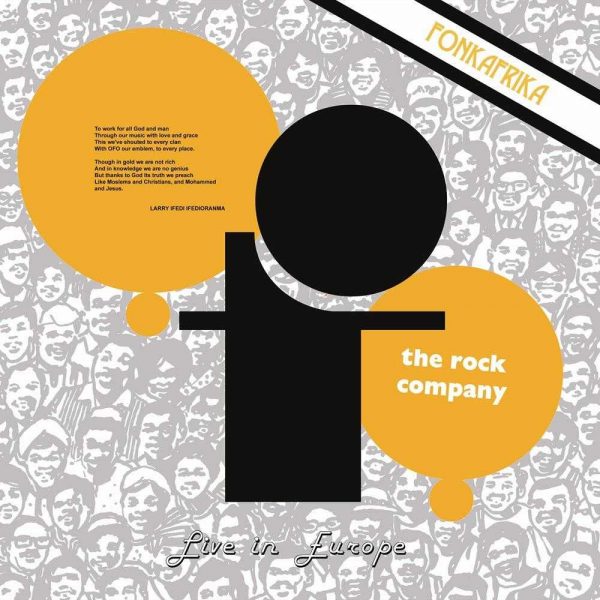 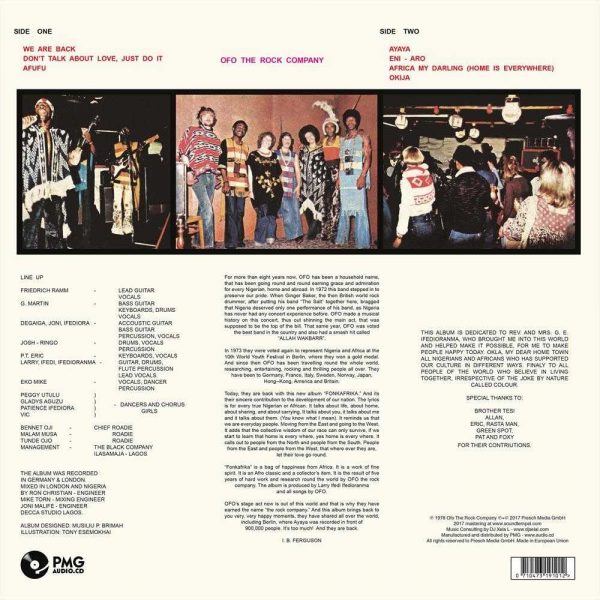 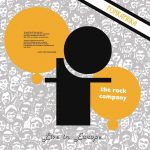 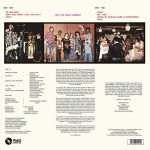 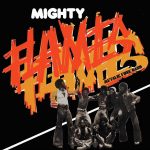 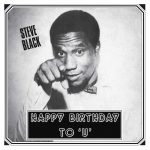 Steve Black – Happy Birthday To ‘U’

OFO The Rock Company (originally known as OFO The Back Company) were Nigeria’s first acid-rock band. Blending Hendrix and Deep Purple with shamanism and a pro-black philosophy, they cut their teeth at Fela Kuti’s Afrika Shrine, developing a fearsome live reputation that intimidated every other band in Lagos. No one wanted to follow the guys from OFO, not even Fela himself. Lead by the charismatic Larry Ifedioranma, OFO The Rock Company considered themselves a musical cult. Their live shows were a heady mix of mind-melting musicianship, mysticism and theatre. In 1973 the band tour Europe and Fonkafrika gathers together the best of those performance. The moments captured range from small intimate gigs in London, where you can hear the conversation amongst the crowd, to an astonishing gig in East Germany where they played before 900,000 people. The undoubted highlight is the extended prog-rock wig out of ‘Ayaya,’ recorded at the Berlin gig, before an obviously delighted crowd. See if you can pick out the moment where the band were joined on stage by a long-haired hippy who insisted on playing guitar. They didn’t realize it at the time but it was Carlos Santana. It was in Europe that the band fell apart, riven in two by Ifedioranma’s increasingly autocratic rule. Fonkafrica remains as a precious testament to what the band did best ‘ playing loud and proud and putting on a show you would never forget. – Peter Moore