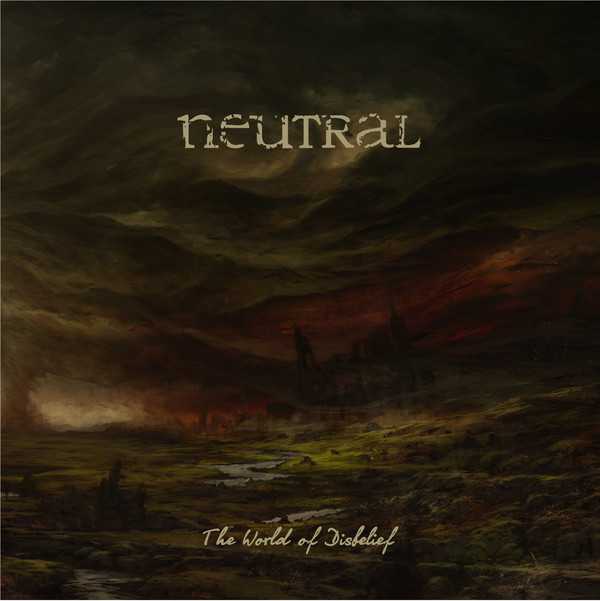 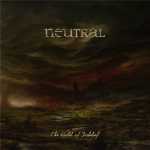 Neutral – The World of Disbelief 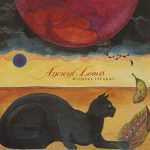 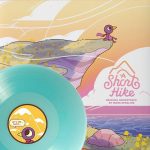 News for Dark Folk peoples. Does the dark folk is dead or was alive at all?
No doubt nowadays this is not so “popular” as when C93 released their “Earth Covers Earth”. The seeming primitiveness of the style gave rise to thousands of groups repeating the same thing and the style left the radar of interest. But whats about legendary masterpieces by Sonne Hagal, Sol Invictus, Forseti, Current 93, Ordo Equilibrio, Nature and Organisation, : Of The Wand & The Moon:, Backworld, Nebelung, Vali, Neutral of course, and more other bands who create simple, but fragile and beautiful pieces of music? Like all beautiful, this is still actual and interest and many of albums of those bands passed well the test of time. Those who don’t familiar with Neutral’s music could be shocked by his extremely emotional, but quiet and soft style of song-writing. Touching lyrics and melodies all that is here, but this is more than enough. It is appropriate to say that the best songs should be given the simplest arrangements in which this can shine. It’s a brave move that allows the exquisite quality of songwriting to be appreciated fully unobscured by layers of instrumentation.
Neutral is not newcomers on the stage, the band is active since 1994 and well-known, especially by their highlight album “Serpents In The Dawn” which became a true classic of Dark Folk and Neo-Folk music.
Never beeing hunting on popularity, Neutral always works slow, during 25 years of existence they’re released one concert album and only 4 full lights, included the last one “The World of Disbelief” 2019. But each of released records is a pure gem for those who love song-based art.
Like a Rome, ORE, Lux Interna, KTAOBC and a lot of other talented authors, Neutral is overgrown and surpassed Dark Folk and Neo-Folk, showing that they create unique music which does not belong to #tags but belongs to the realm of feelings and beauty.