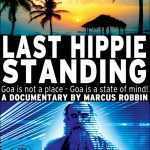 Documentary about the hippie trail to India and the movement in Goa. Including previously unreleased super8-material of Goa in the early seventies. Watch the trailer at: http://www.youtube.com/watch?v=DCfL_X2AueU === «In the late sixties and early seventies all these young people in their twenties decided that they had to go to India. It was so magical, it was so mystical, it was so spiritual. So people from all over the world, from Europe, from South America, the United States and Japan all of a sudden decided that this was the place we had to be. And so we all just went.» ~Swami William