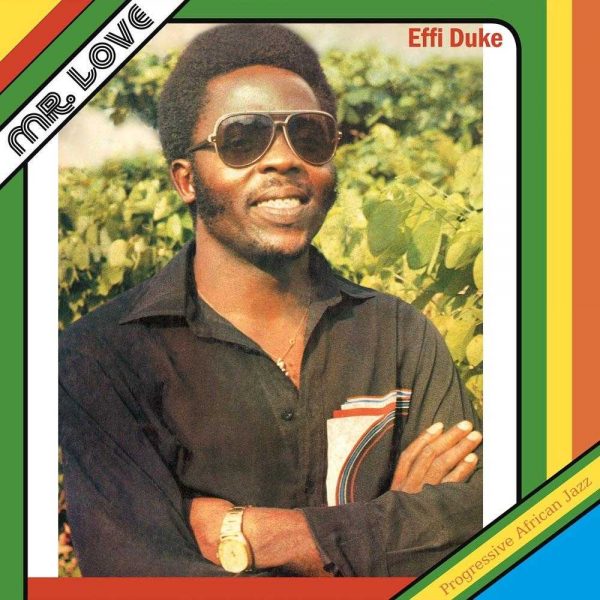 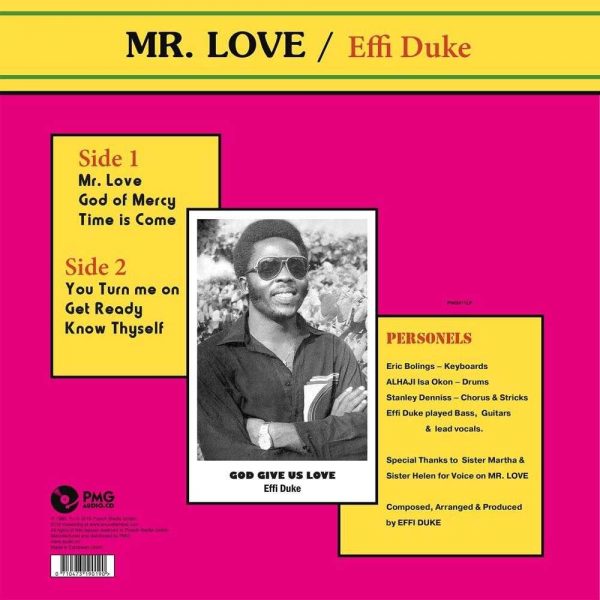 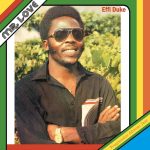 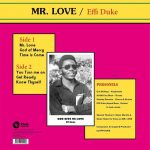 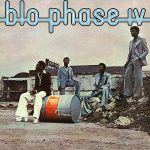 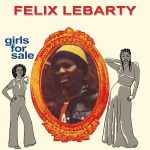 Nigeria had a unique music scene which began spreading rapidly in the 1970s. The era was based on unspoiled use of fuzz pedal, keyboards and indisputable influences of the Psychedelic Blues bands of the West. In 1980 Effi Duke & The Love Family came out with their debut Mr. Love. It was released by Homzy Records which was a home of many Afro-Funk records, going strong from mid ’70s toward ’80s. Effi Duke & The Love Family being one of their most energetic albums. The ’80s were definitely more into a jazzy sound with disco slowly infiltrating the African music scene. What’s so unique about Mr. Love is Effi Duke’s love for guitar based Jazz and together with African rhythms and funky bass, his album is a Funk/Jazz/Disco hybrid. He’s an incredible guitarist and also at the time of this LP an ex-Wings member. They were one of the most popular bands from Nigeria. Effi Duke was a key part of the scene with being member of The Wings, The Visitors, The Apostles, he played also the guitars on Mary Afi Usuah’s fantastic second LP African Woman (which will be also rereleased on PMG) and on many other great albums including the incredible Folk 77 album.