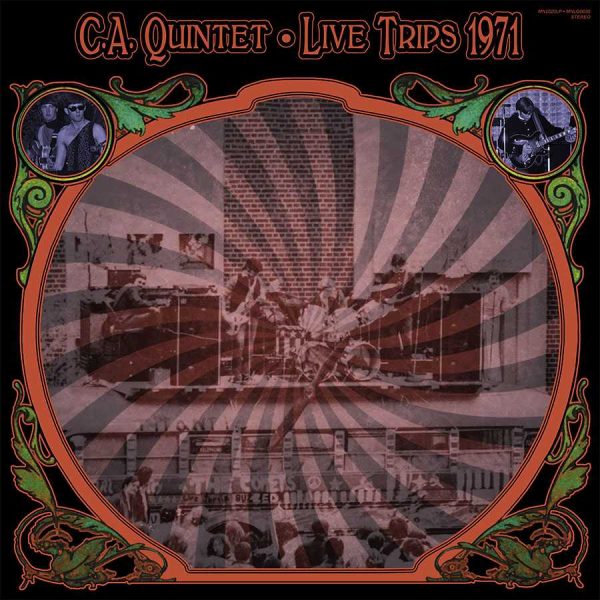 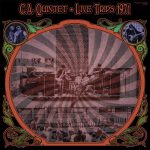 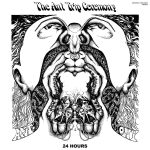 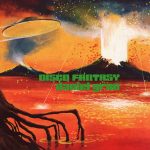 Their 1969 album “Trip thru hell” is one of the holy grails of late 60s heavy psych rock and certainly deserves to be rated this way by fans and collectors of that heavy rocking sounds. Due to the internet it easily made its way to the minds of a whole new generation of fans already. What awaits you here got recorded live, two years later than their cult debut. The record starts with a unusual BEATLES cover “And your bird can sing”, originally from “Revolver” in 1966. You do not even realize it is the said song until you hear a familiar passage. The C.A. Quintet turned it into a groovy, smoking hot organ driven power rocker with a melodic edge. With the second covertune “Badge” originally performed by CREAM they stay closer to the original but play it with an increased powerlevel . Next “Bayou jam”, a lengthy heavy rock song with psychedelic organ sounds that remind of IRON BUTTERFLY. If you cross them with BLUE CHEER in their prime you will get an idea. There is even a killer drum solo section in the middle of the song. Who said “In a gada da vida”? Well, you definitely get to know where they got their inspiration from. “4 am NYC” is another mid paced stomping heavy groover with a wickedly pounding approach and simmering guitars while the organs roar as a back up to the furiously distorted guitar. The vocals on the other hand have this light weight west coast flower power pop appeal and both directions sound fresh and exciting in the mix. “Wild child” comes as a sleazy acid blues rocker and takes you a few years back. Despite the nice organ it is obviously that they loved bands like CREAM, JIMI HENDRIX EXPERIENCE and MOUNTAIN. “Country boy” has a southern rock flavor and sticks out as I think but is also a well written power rock tune with some psychedelic elements. The colorful jammy middle section and the hard driving bass and guitar interplay make this a kick ass anthem for its time. And last but not least we have “Fresh garbage jam”. More than ten minutes in length this is heavy and fuzzed out psychedelic jam rock at best with furious guitars and a relaxed atmosphere. Makes me see a whole crowd of hippies in colorful garments dancing themselves into a state of trance – funnily that’s quite contrary to what happened in reality. you can read more about that in the linernotes on the backsleeve. The sound is great, as clear as it can be, powerful and vivid, better than some of the studio recordings back then. What more do you want? If you love the underground side of US hardrock like JOSEFUS, FRESH BLUEBERRY PANCAKE, STONEWALL, etc. then this is the thing for you!